Nokia announced a new phone in its Asha series. The Asha 210 runs Symbian for Series 40 and features a dedicated WhatsApp button close to the phone’s call and end buttons. This isn’t the first time a mobile phone manufacturer is adding a special button for a messaging app. We saw it with the HTC Status and it’s dedicated Facebook button.

Let’s get down to the specs. You can skip to photos of the Asha 210 at the bottom of this post.

On the camera angle, the Asha 210 has a 2.0 megapixel camera but it lacks a flash so pictures at night and in dark places won’t be so bright.

Internal memory stands at 64MB with support for a microSD card of 32GB for extra storage. Connectivity options include WiFi, EDGE, Bluetooth 2.1 and USB 2.0.

Nokia says there’ll be two variants of the phone on the market – one with a single SIM option and one with a dual SIM option.

Meanwhile, what do you think about phones with dedicated application buttons? 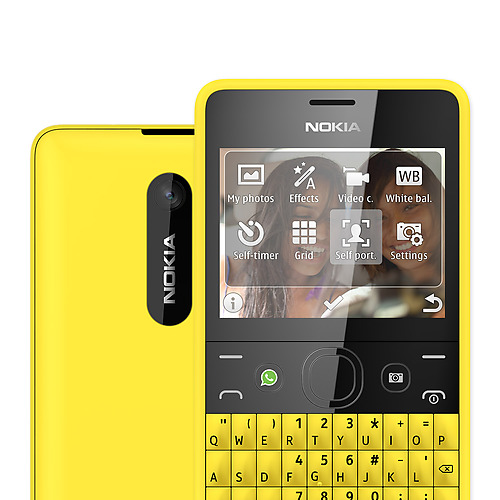 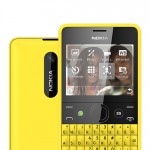 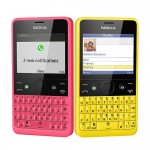 This post initially named this device as the Asha 201. We have corrected all errors.