It’s Happening! A Quick Sneak Peek at BBM For Android

BlackBerry announced BBM for Android and iOS devices would come this summer. It’s August now, and we were starting to get a little impatient until we found a sneak peek of the sign-in page for BBM on Android courtesy of BGR. 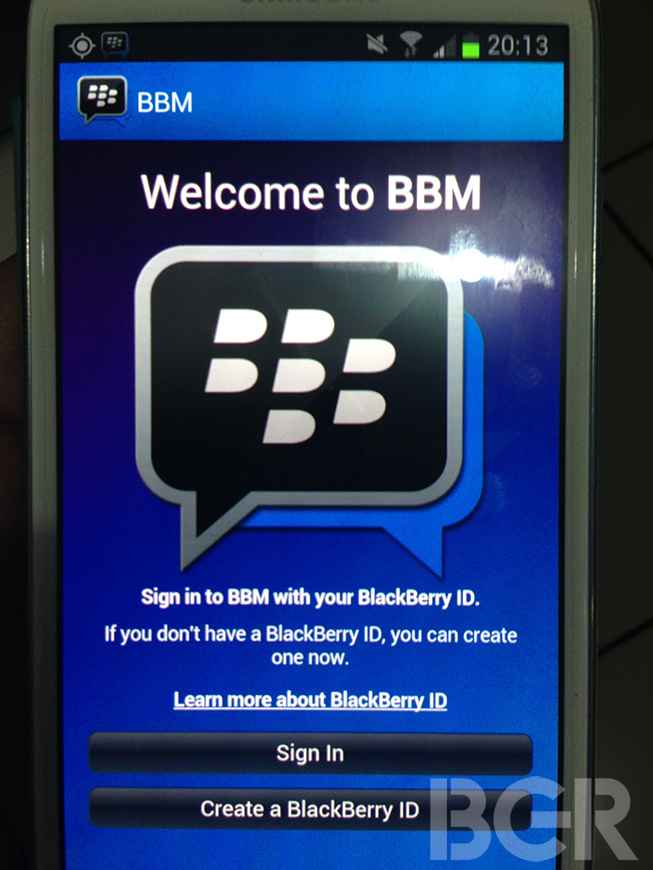 It’s apparently the first photo of the genuine app Android app. The picture is from a Samsung Galaxy S3 and though there isn’t any more than that, at least we know it’s real and it’s coming sometime soon.  A fake app appeared in the Google Play Store a few weeks ago and invaded the privacy of oblivious users.

Are you anticipating the app as much as we are? Tell us in the comments!

Faridah Seriki has been interested in technology since she got her hands on a desktop when she was eight. She founded Technesstivity after releasing a successful blog she made for class combining her passion for both journalism and technology. Faridah graduated from Vivian Fowler in 2009 and lives in New York where she graduated from Hofstra University with a Bachelors degree in Broadcast Journalism